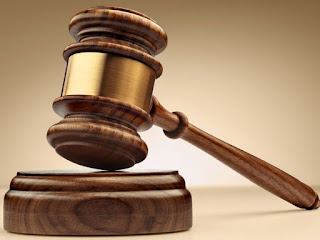 A 53-year-old priest, Gabriel Asateru has been sentenced to five years in prison by an Ado-Ekiti State High Court for defiling a minor.
The police charged Asateru with defilement on Monday.
The offence contravened provisions of Section 31 of the Child Rights Law Cap C7, Laws of Ekiti State of Nigeria 2005.
Justice Oluwatoyin Abodunde held that the prosecution has proved its case beyond reasonable doubts.
Abodunde also ordered the convict to pay N50,000 as fine as stipulated by the Child Rights Law, 2006.
The State Counsel, Mrs Ronke Odefola told the court that the convict committed the offence on or about Dec. 23, 2016 at Ayebaju Street, Ifisin Ekiti.
She said that the convict, an Anglican priest, defiled the five-year-old when he visited her parents.
The accused was first arraigned in January 2018 and he pleaded not guilty to the charge, NAN reports.
To prove the case, the prosecution called three witnesses from the office of the Department of Public Prosecution, as exhibits tendered included a doctor’s report, defendant’s statements, and other witnesses statements.