This comes as the number of burials quadruples amid the coronavirus pandemic and the city’s death toll rises to 4,778.

A dozen contracted laborers were seen digging and burying the caskets – some of which had names carved on them – on Thursday, April 9. 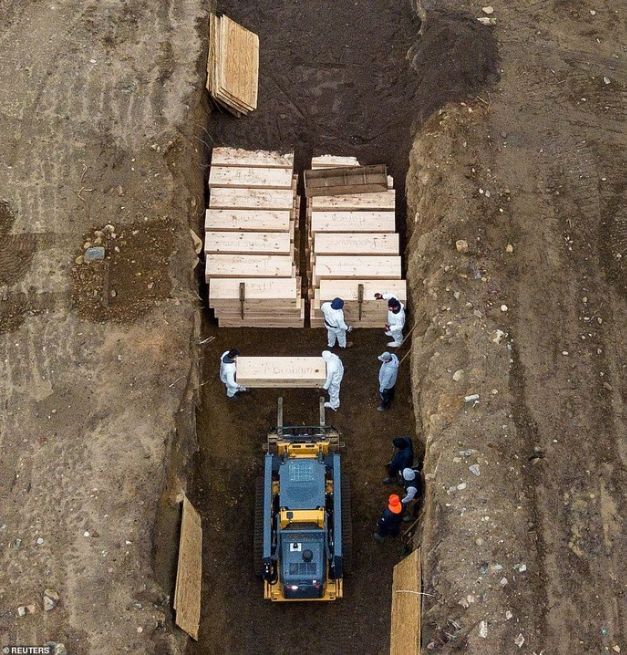 The city has used Hart Island to bury New Yorkers with no known next of kin or whose family is unable to arrange a funeral since the 19th century.

Typically, about 25 bodies are buried there once a week by Rikers Island jail inmates. 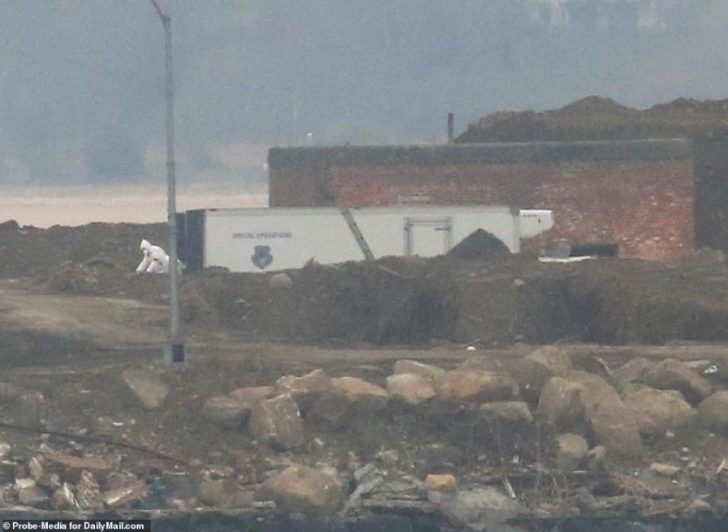 That number began increasing last month as the new Coronavirus spread rapidly and New York became the epicenter of the pandemic.

They are now burying about two dozen bodies a day, five days a week, DailyMail.com reports. 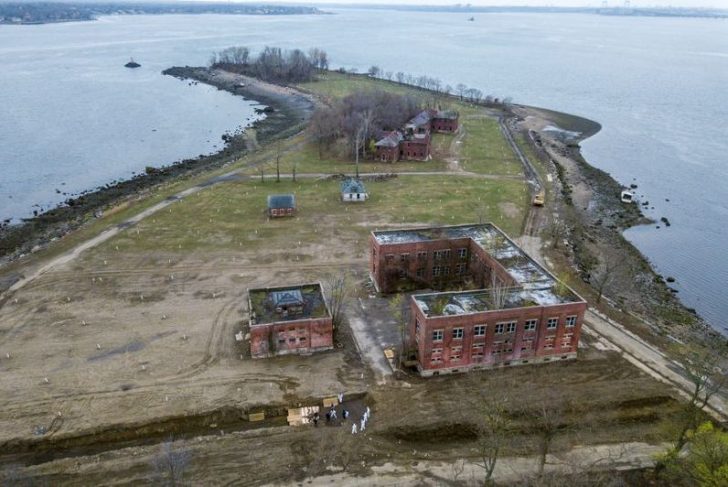 Currently, 4,778 people have died from coronavirus in the city and 87,725 have been infected. 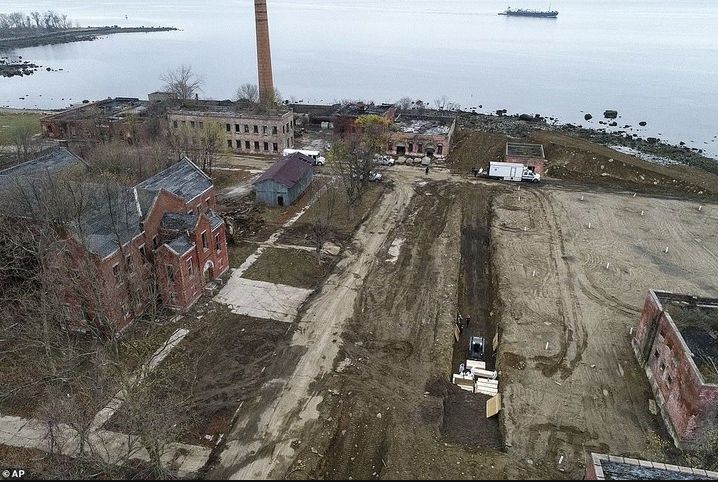 On Thursday, officials said they had no choice but to bury COVID-19 patients at the city’s cemetery as it deals with the mounting coronavirus death toll and dwindling morgue space.

Under a new policy, the medical examiner’s office will keep bodies in storage for just 14 days before they’re buried in the city’s potter’s field on Hart Island.