Nigerians have taken to social media to react to the alleged arrest of Bobrisky and seizure of his cars by policemen who allegedly stormed his apartment at Bera Estate, Chevron Drive in Lekki area of Lagos State on Thursday January 23.

Unconfirmed sources alleged that the arrest of Bobrisky who has been absent from social media since yesterday, was linked to his cross-dressing activities.

Though Bobrisky has been reportedly released by the policemen who allegedly refused returning the cars seized from his residence, Nigerians are now questioning the law enforcement agency’s obsession with Bobrisky.

Here are some tweets below; 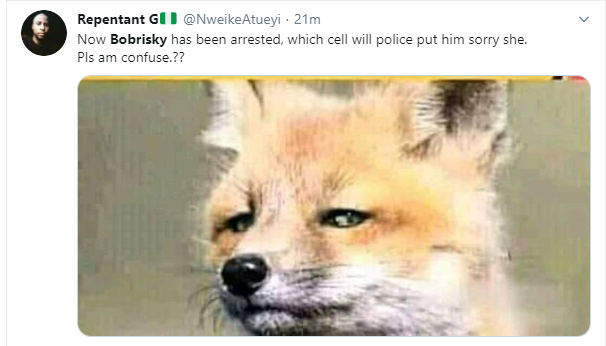 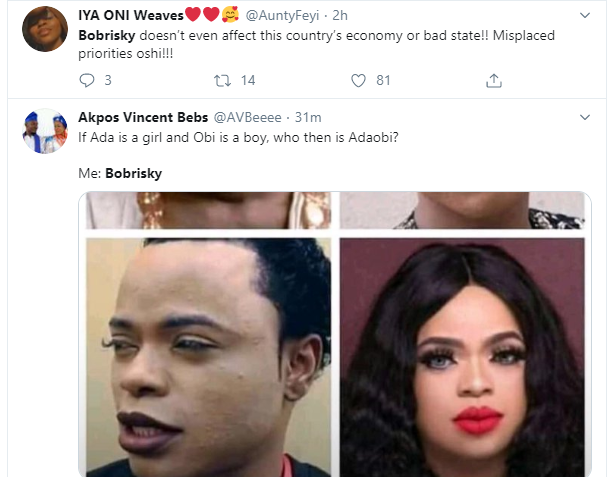 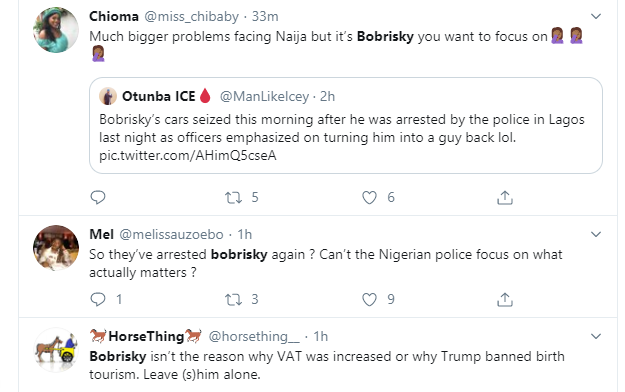 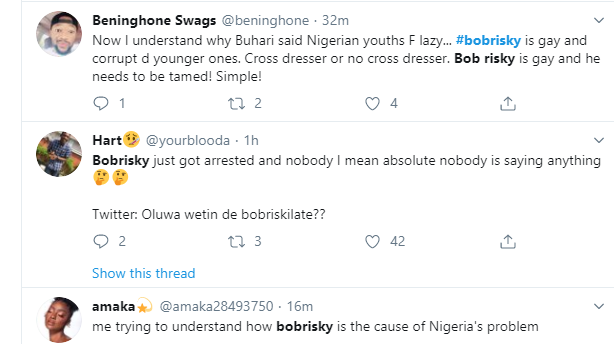 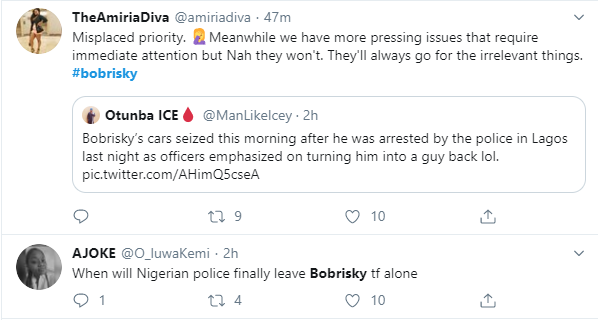