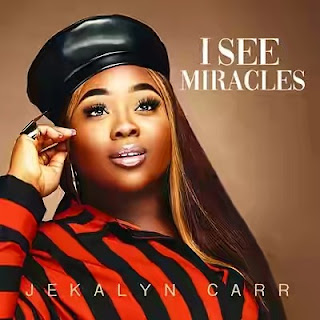 Jakalyn Carr, American Multiple Awarding winning And most Admired music minister, Actress, motivational speaker officially released her new single “I see miracle
The inspiration behind the song came from the interactions Jekalyn has shared with people from around the globe as she ministered. “During my visits to different cities, so many people would come to me, asking me to agree with them in prayer for what they were believing for.The track was produced and written with Jekalyn’s father, Allen Carr. The father / daughter duo come together again to present this inspirational and faith-activating song,“I See Miracles.”