Overview Of: How a New York Psychic tricked a once wealthy man into paying more than $1 million to purge away ‘dark spirits’ and find him a soulmate

A new lawsuit has revealed how a Manhattan, New York psychic swindled a once-wealthy man out of more than $1 million through false promises to find him a soul mate and purge away “dark spirits” through increasingly expensive rituals.

According to the once wealthy man, William Young of Brooklyn, he met the scamming soothsayer, Shaina Samiel, in May 2021 while working at XoXo Bar, a since-closed gay bar on W. 46th St. Samiel. 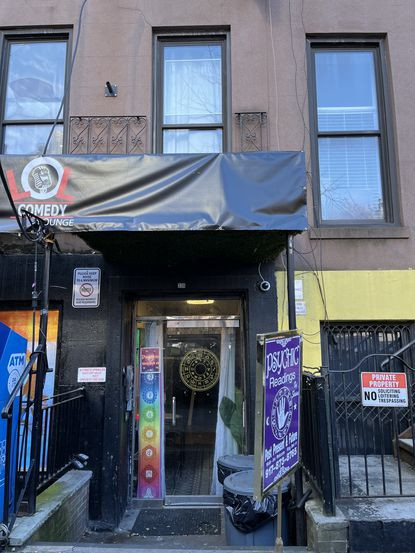 The soothsayer gave readings out of a building next door.

The two became close and Young, who is bipolar and suffers from depression, became one of Samiel’s regular customers, according to the suit which was filed Sunday, January 9.

“Samiel told Young that his family was cursed by dark spirits and blamed them for his mental health difficulties. She claimed that the dark spirits were very strong and that so long as they were there, Young will not be able to find love or happiness or have a good relationship with his family,” Young’s lawyer wrote in a Manhattan Supreme Court complaint.

Samiel, who referred to herself as Young’s “spiritual mother,” claimed to know the right rituals to bring fulfillment to his life, the suit states.

The spells, however, had to be done by paying a hefty price tag.

Samiel, a self-described “spiritual guide,” told her client that the power of the “arcane and occult arts” depended on how much he was willing to spend, the lawsuit claims.

Samiel ”claimed that the dark spirits were very strong and that so long as they were there, Young will not be able to find love or happiness or have a good relationship with his family,” the suit reads.

“She told him that she could perform complex rituals that would help with the situation. She said these rituals would help Young find a future soul mate and also put him in a better situation financially.”

It sounds like a joke to be honest,” said owner Jacob Carrio. “I’m actually chuckling hearing about this.”

Eventually, Young ran out of money and began tapping his family’s joint bank account to pay for the spells.

After all the money spent, the rituals had no positive effect on his life. Instead, they caused him more anxiety due to his dwindling wealth, according to the suit.

The scam only ended when a $496,000 payment to Samiel through a third party company was blocked by Young’s bank, according to the lawsuit.

Young’s account was the  frozen, prompting a realization he’d been tricked, the suit states. He says he paid Samiel and third parties a total of $1,102,514.

“Samiel’s taking of Young’s money was done by directly soliciting said money while holding herself out as being able to use occult powers to influence or affect evil spirits or curses, when in reality she never intended to nor could she possibly fulfill the promises she made to Young on that front,” the suit reads.