Overview Of: FAVE drops her highly anticipated debut EP titled “RIDDIM 5″… A Must Listen For All!

FAVE drops her highly anticipated debut EP titled “RIDDIM 5″… A Must Listen For All!

After ending 2021 with the hit track ‘Baby Riddim‘, FAVE starts 2022 with the release of her impressive Riddim 5 EP. 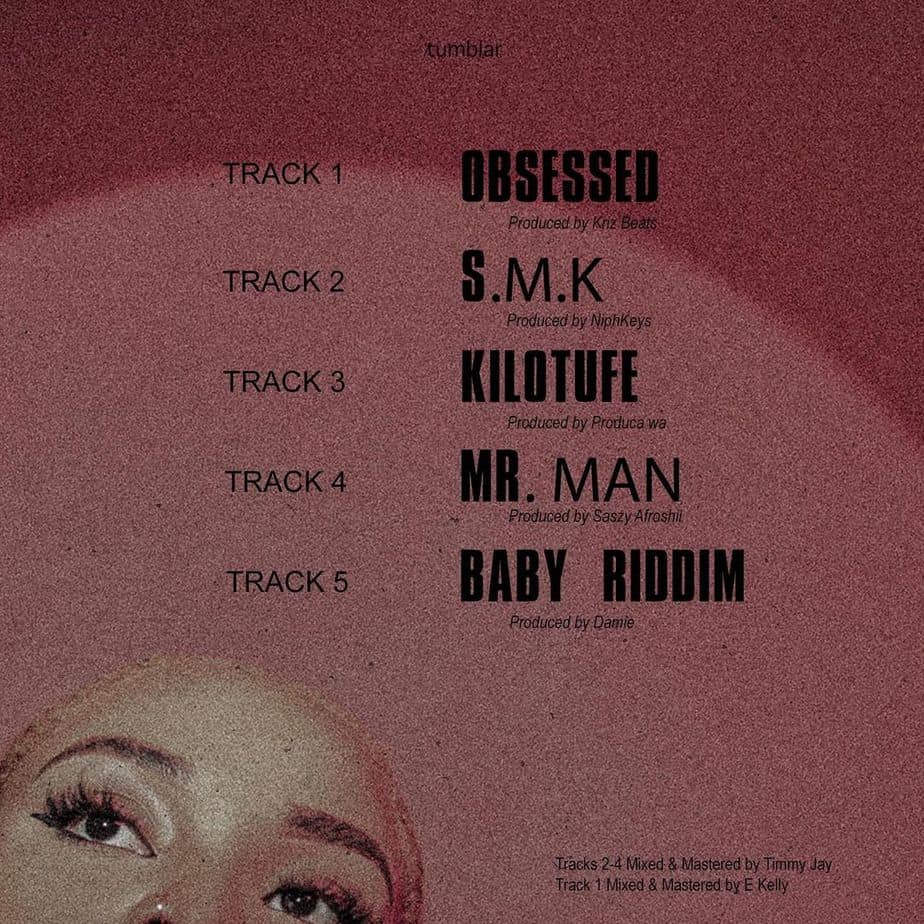 About this EP FAVE tells Apple Music; “All the songs gave me a ‘riddim’ vibe—something sweet that has a very nice groove.. It’s what I call a sound that’s absolutely bonkers—nothing you’ve heard before, and it lasts a lifetime.” Following her laidback appearances on Olamide’s 2021 album UY Scuti, Riddim 5 reveals Fave’s different facets, fusing Afropop elements with Caribbean influences and hints of R&B and hip-hop—but without a strict allegiance to one particular mode.

Below is a breakdown of the new tracks on Fave’s Riddim 5 EP.

“‘Obsessed’ was banging from the beginning of the beat, when [producer Krizbeatz] played it for me. I was like, ‘Whether or not I’m getting an inspiration, I just know I have to sing on this beat,’ because it banged so much. Krizbeatz said he felt like it gave him an ‘overthinking’ kind of feeling, about someone or something. So I had to inject that into my writing and I just felt, ‘Okay, overthinking—this is a direction that I can go.’ It’s like I’m obsessed. And I confessed, ‘I’ve been thinking about you/It keeps ringing on/Ringing on in my head/And I can’t stop thinking about you.’”

“‘S.M.K’ is a song that talks about you beckoning someone to sing for you. I’m not very fluent in Yoruba, because I’m not a Yoruba girl; I’m Igbo. But I love the Yoruba language so much. When I’m writing music, I find myself singing a lot of blurbs, and they turn out to be the Yoruba language. I ask [those around me] to help me build on that, to help me develop, to help me make sense of what my mind is telling me to say. It actually just came into my head—I didn’t know what it meant, but I had to ask the producer [Niphkeys] if ‘Sho Ma Korin’ had any meaning. That’s literally how it came to me. We basically just created a song around me telling someone to sing, ‘Do I need to move mountains to show you how much I feel for you? Do you need to see some writing on the wall?’”

“‘Kilotufe’ is ‘What do you want?’ ‘Kilotufe’ was recorded in 2020; it was very laidback. We always had in mind that it’s a project kind of song, because it’s not something that I really write about—I’m mostly on a love type of wave, or talking about how I have feelings for somebody, or how someone has feelings for me. ‘Kilotufe’ is basically talking about you being ignored or you not being wanted by some people. And then all of a sudden, because things are suddenly happening for you, they start ringing your line; they start acting like you actually mean something. So it’s like, I’m now thinking, ‘What do I know, really?’ Or really, ‘Whatever it is that I’m going to give you now, whatever it is you’re getting from me, is what you get. You can’t ask so much from me, because you were never really there when things were bad.’”

“I recorded this with Saszy Afroshii. ‘Mr Man’ was a kind of slow song, initially. Even the video I did for the song on my Instagram, it was slow tempo. But we thought we could actually increase the tempo of this song to give it a more groovy vibe. What ‘Mr Man’ talks about is love. It’s telling someone, ‘I want you to take me on the dance floor; let’s dance, let’s vibe. How would you want me to prove my love for you? If you say that you’re going to shiver when we walk down the aisle, I would definitely be there to hold you; there’s nothing to fear.’”

Listen to the EP below