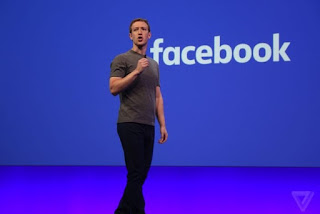 Facebook has said that it is changing the name of its two most popular apps, Instagram and WhatsApp, this new development is to better disclose its ownership of the apps, learnt.
After the effect, Instagram will be known as “Instagram from Facebook” while WhatsApp will become “WhatsApp from Facebook.”
The re-branding effort was discovered on Friday by journalists at The Information, and was then confirmed by representatives of Facebook.
A spokesperson told The Information:-
“We want to be clearer about the products and services that are part of Facebook.” Also, sources told the publication that they were recently notified of the changes and appear to be coming as a result of antitrust regulators scrutinizing the company’s holdings.
According to those sources, the app’s name will stay the same on the homescreen of phones and tablets, however their names will change in the App Store for people first downloading them, a move the company has previously made with its virtual reality-focused sub-division, Oculus.
Tech Radar says, a number of outlets are pointing out that this re-branding effort has been a longtime coming in fact, blogger Jane Manchun Wong tweeted about it back in March, just a few months after the founders of the company resigned citing a decreasing lack of autonomy.
According to The Wall Street Journal, while it’s unclear if the move is a government mandate from the FTC an entity that, was investigating Facebook’s acquisition of the companies in a potential antitrust case it appears to be connected.
Admittedly, Facebook doesn’t stand much to gain by putting its name on the apps:-
It’s already a household name, and one that has become associated with privacy scandals. Putting Facebook’s name on its two most popular apps certainly won’t make those apps any more popular than they are already and could possibly cause users to be more wary about the security and privacy of those apps.
Facebook has yet to say when the changes will go into effect, however we’ll continue to monitor the situation as it develops.a