Overview Of: Beyonce’s Album Issue! Wizkid Is More Matured Than Davido – Do You Agree With This?

Beyonce’s Album Issue! Wizkid Is More Matured Than Davido – Do You Agree With This? 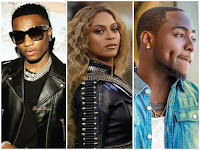 Hello Guys,
How una dey and hope say everything dey go smoothly over there?
Let’s talk about something interesting today but before then, see this Tweet below. 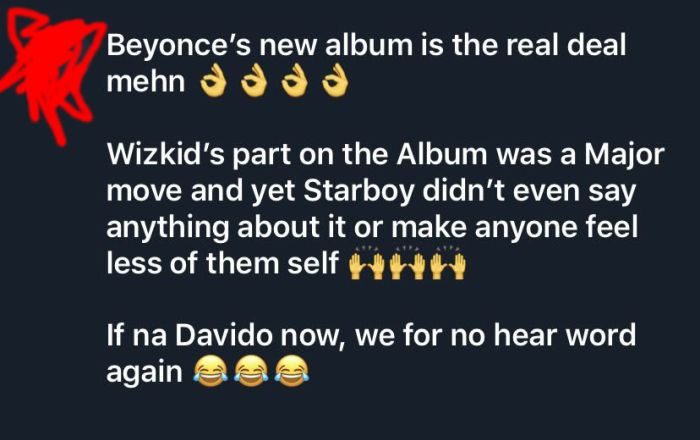 A Nigerian man who goes by the name Owonikoko has took to his Social media page to shade Davido and give kudos to Wizkid for nothing saying anything to insult or rubbish Davido because he didn’t make it to the Beyonce‘s “Lion King” album.
According to him, the Internet would have been on fire if Davido was the one on the Album and Wizkid was missing as Davido would have indirectly shaded Wizkid countless number of time.
Owonikoko went on to say Wizkid’s part on the Album was a Major one.
Guys, over to you all

Do You Agree Davido Would Have Shaded Wizkid If He Was The One On The Album?