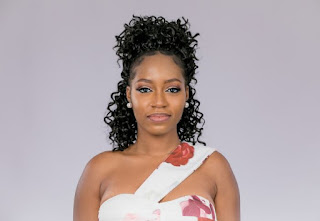 Overview Of: BBNaija2019: What Happened To Me After Converting From Islam To Christianity – Khafi Rveals

BBNaija2019: What Happened To Me After Converting From Islam To Christianity – Khafi Rveals

Big Brother Naija 2019 housemate, Kafayat Kareem, also known as Khafi, has disclosed how she saw herself upon converting from Islam to Christianity.
Khafi disclosed that she saw herself in a “whole new light” when she switched faith.
She made this revelation while chatting with Gedoni, her love interest in the BBNaija house, on Wednesday night after the ‘Know Da Lyrics” challenge.
According to Khafi:-

“When I became a Christian, I just saw myself in a whole new light.’’

Khafi had recently confessed to loving Gedoni when asked about her relationship by BBNaija reality host, Ebuka Obi-Uchendu.

“I like Gedoni’s company and we are good together. I would say my heart has been arrested by Gedoni,” she had said.