A chef who was a member of Jehovah’s Witness has died allegedly after refusing financial aid from a Catholic Church.

Ogechukwu Ochiaga had been ill for a while and her story was shared online last year as people begged for donations to help sponsor her medical treatment.

One of those who shared her story is a Facebook user known as Bro Can Mbanefo and he begged people to donate any amount they have. 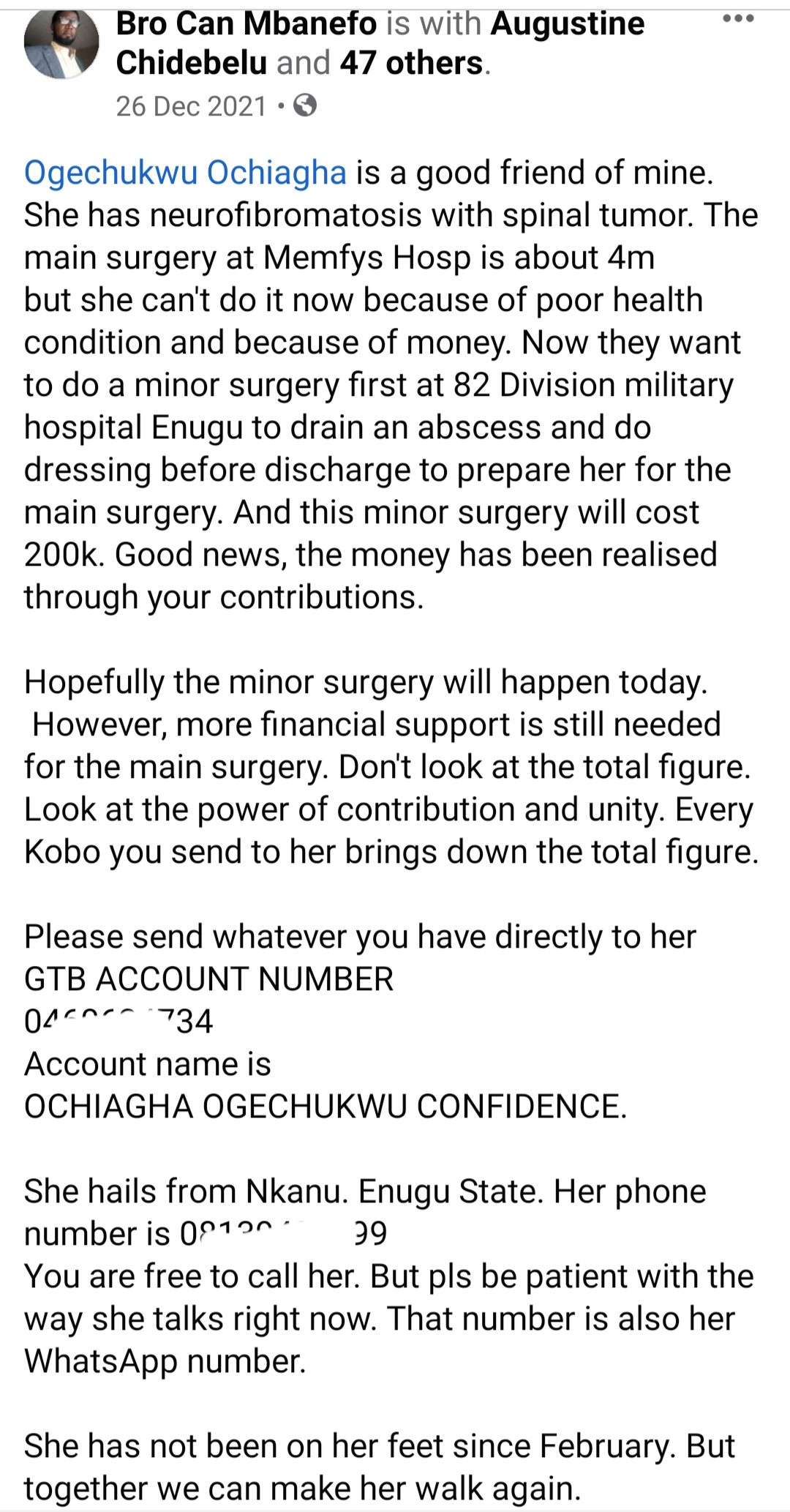 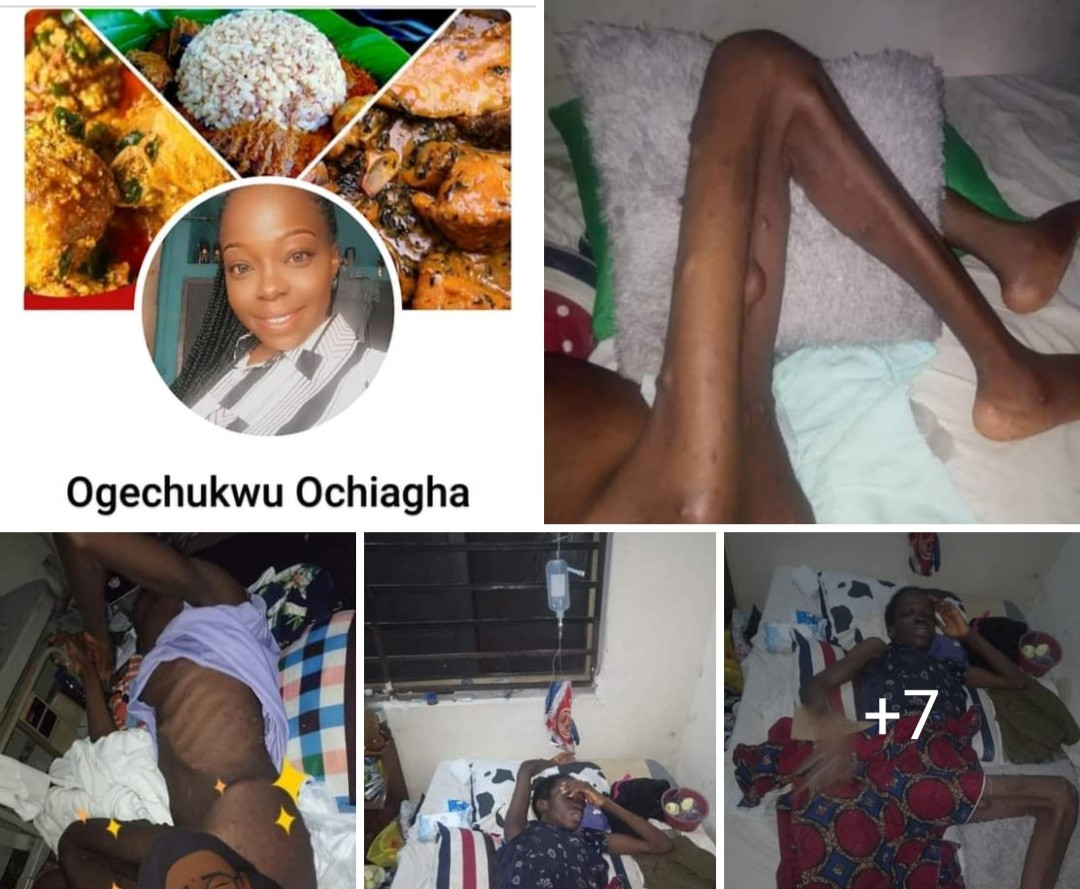 He returned to Facebook today, Jan 11, to reveal that Ogechukwu died yesterday.

While announcing her death, he called out Jehovah’s Witness and blamed their doctrine for her death. 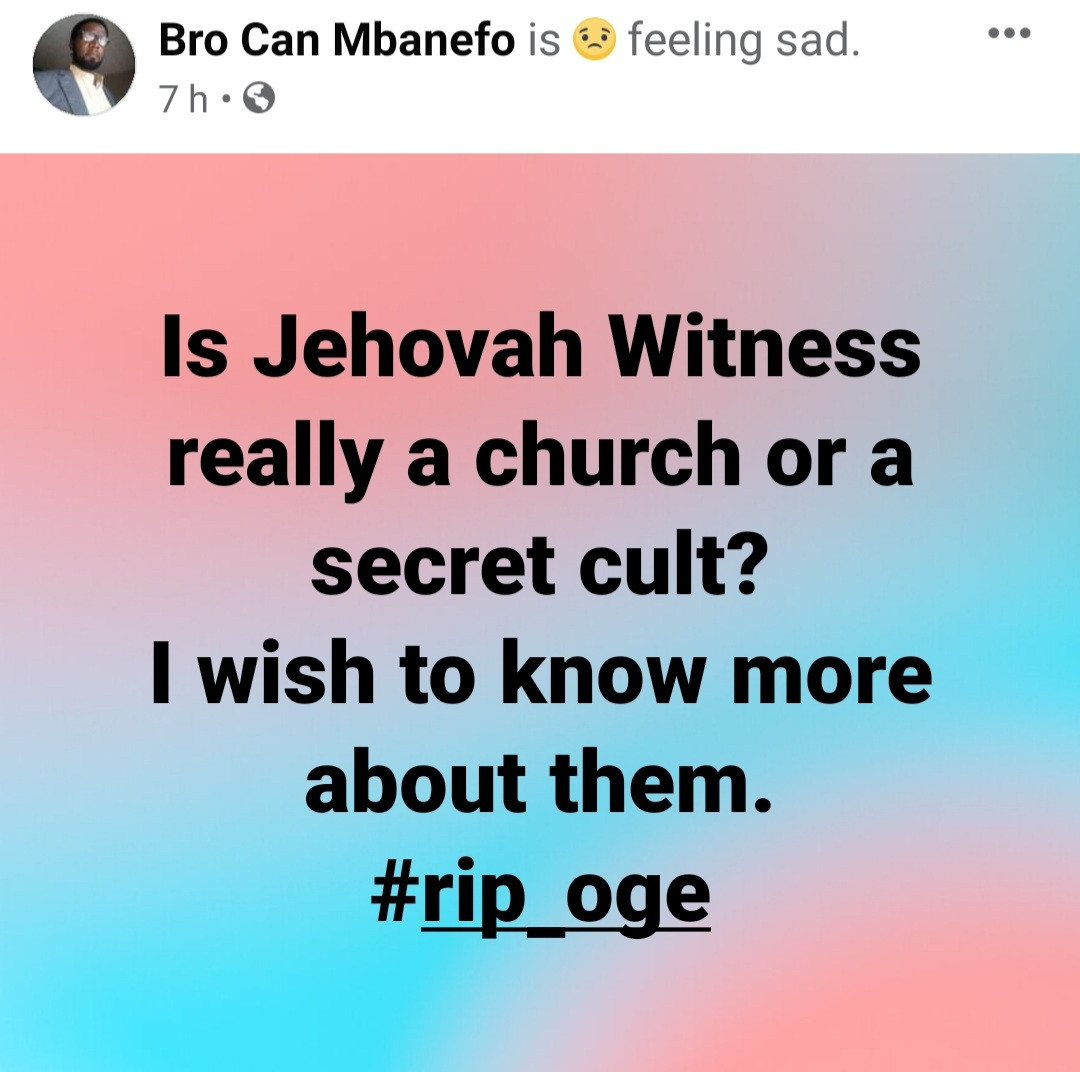 He claimed that a Catholic Church in Italy found out about her case and reached out to pay for her surgery. However she allegedly refused to take the money from the Catholic Church as her Church doctrine forbids it.

Mbanefo added that she said she was only willing to accept the money if it comes from a personal account, not from the church.

The money was then donated by the church to other sick people. 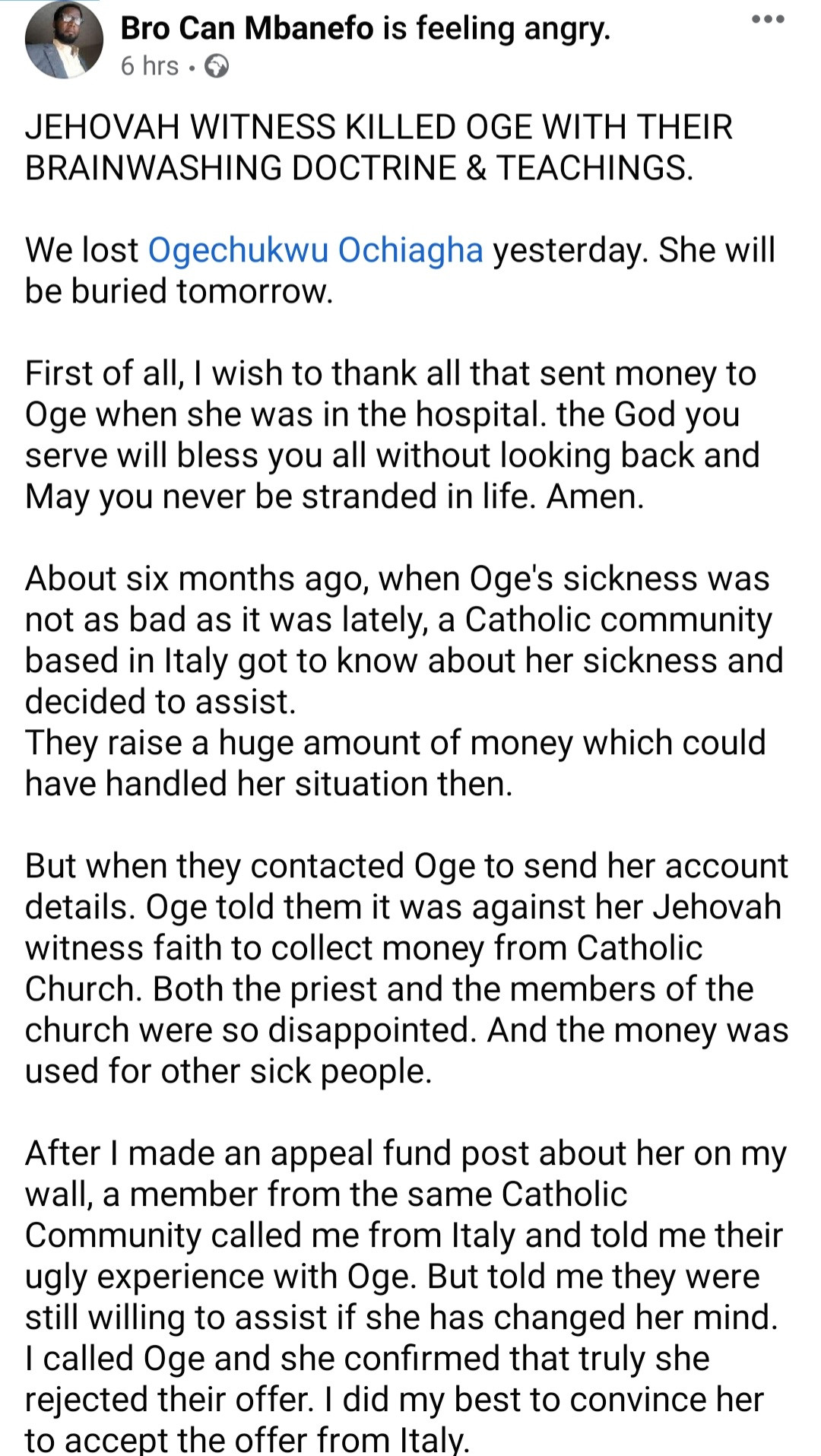 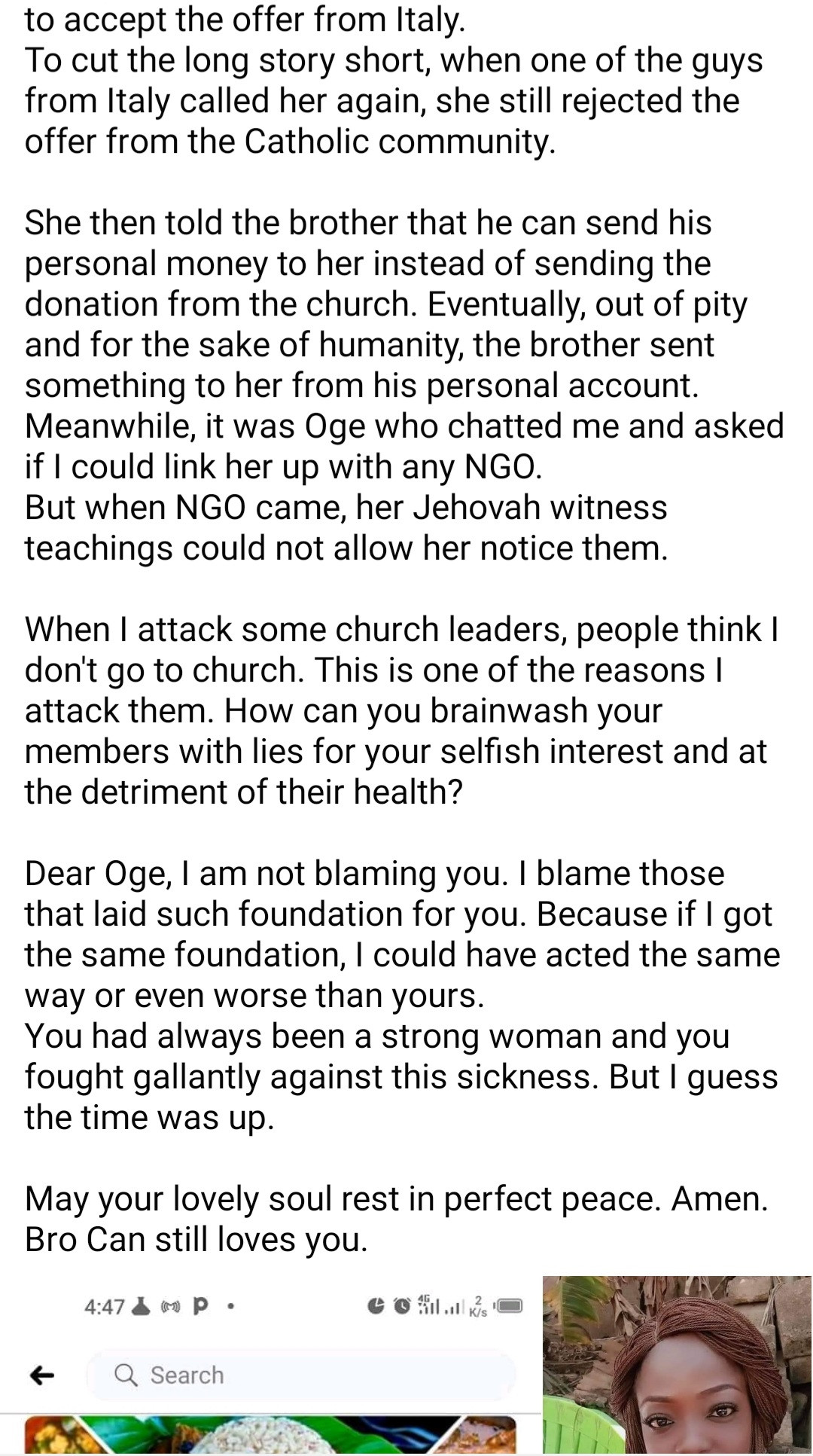